Alissa Simon: “Film today can reach places which it couldn’t reach before” 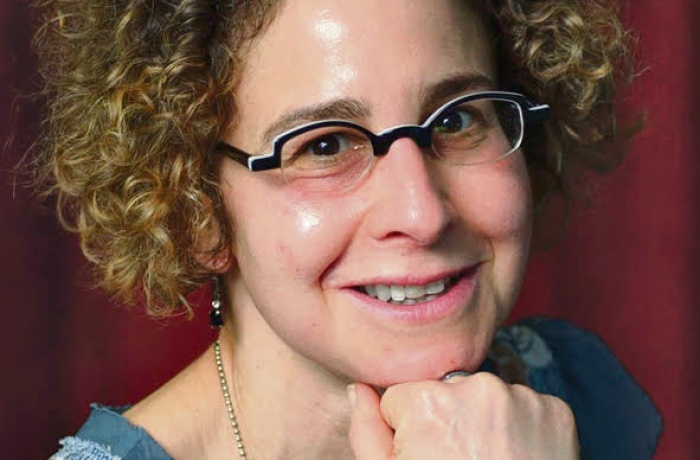 The jury that will determine the winners in the DOCU/SHORT short film competition and the DOCU/UKRAINE Ukrainian competition will include Alissa Simon, senior programmer for the Palm Springs International Film Festival, program director for the Chicago International Film Festival, and a regular writer for Variety. Olha Kurovets discusses the effect of digital technology on documentary film and on the audience with this guest.

Alissa, you have extensive experience in programming for film festivals and in film criticism. But how did you decide that film is your calling?

I became interested in films back in high school, because of our great English teacher who showed us short and feature-length films during classes. I still remember one poor boy who had to leave the classroom because he was too affected by Martin Scorsese’s short The Big Shave.

I was developing at the University of Iowa which had a strong film department. There, I watched interesting films, and later I started to make the program for the special student organization Bijou. Then I decided to study history, English and art history at Yale, where I signed up for many film disciplines and joined the Yale Film Society. Later, my favorite teacher advised me to continue my studies at the MA program in film history.

When I got my MA degree, I didn’t want to teach, but I liked making programs. I wanted to find a way to make it my job. So I got another MA, this time in art administration at the School of Business at the University of Wisconsin-Madison. Probably the best thing that happened then was my internship at the Wisconsin Center for Film and Theater Research. The Center had a big collection of films, documents and photos of Warner Brothers, RKO and other studios of the 1920s—50s. I loved to help researchers to look through and manage the collections. I even wanted to become an archive manager. But in the end, in 1984 I got a scholarship to study film programming at the Film Department of the Walker Art Center in Minnesota.

You worked at the International Museum of Photography at George Eastman House.

It was a major center of media art, like the Walker Art Center, and a major archive, like the Wisconsin Center for Film and Theater Research. So I could do both programming and archive research there.

But I moved on further, to one of the best media art institutions, the Film Center of the School of the Art Institute in Chicago. The broad international program there involved more than 500 screenings a year. Every month, I was responsible for the programming and promotion of three or four different series!

For the innovations that you introduced at the Center you got the title of ‘Chicagoan of the Year’ in 1999. What exactly were these innovations?

The annual Festival of Iranian Cinema was one of the reasons why I was titled the Chicagoan of the Year in Arts. It was one of my most successful projects. We introduced Abbas Kiarostami, Mohsen Makhmalbaf, Dariush Mehrjui, Jafar Panahi and others to the American public. I also managed to bring guests from Iran at the time when it was still possible, but not easy.

In addition, I curated and organized tours for the retrospective of Aki Kaurismäki, which was the first in the US, and of the British filmmakers Mike Leigh and Alan Clarke.

And what is the role of film festivals today, in your opinion?

Do services such as Netflix affect the film tastes of the wider audience?

I don’t know if streaming services affect the tastes of the audience, but they definitely make all types of films more accessible, and that is good news. But since I am very old-school myself, I don’t use streaming services. I enjoy watching films on the big screen.

What do you think are the biggest changes in documentary film in the digital age?

I think that lightweight digital equipment has allowed documentary filmmakers to reach places which they could not reach before. For example, Free Solo by Jimmy Chin and Elizabeth Chai Vasarhelyi (Oscar for Best Documentary Feature in 2019. – Ed.), filmed on the El Capitan mountain, or The Distant Barking of Dogs by Simon Lereng Wilmont (Student Jury Prize at last year’s DOCUDAYS UA; shortlisted for Academy Awards. – Ed.), or the recent Syrian films made basically under fire.

What is the most important thing about festivals for you as a program director?

In 2000, I moved on to festival programming, and I’m still fascinated by it. I love travelling to different countries and meet filmmakers. As a programmer today, I mostly follow feature-length documentaries and feature films from Central and Eastern Europe, Scandinavia and the Middle East, although I love good films from all corners of the world. The thing I probably enjoy the most is when I see how the films I selected and their creators interact with the audience.