Who Is Going to Pick the Winners of the Core Competitions at Docudays UA 2019? 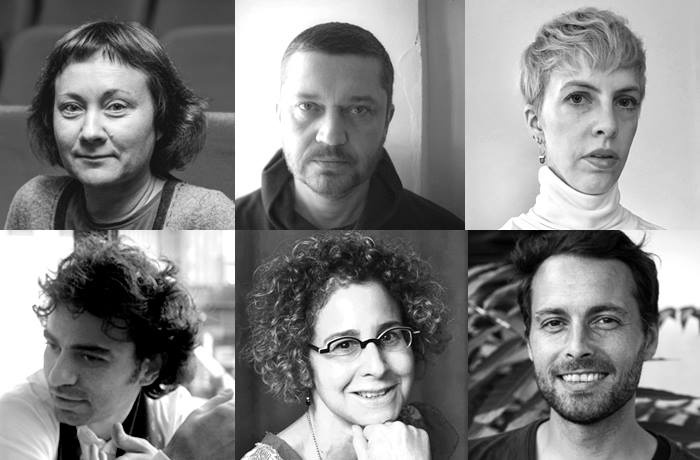 This year, our jury will determine the best competitors in the traditional core programs of the Festival: DOCU/WORLD, DOCU/SHORT and DOCU/UKRAINE.

The best entries in the DOCU/WORLD international feature-length competition will be determined by Muriel Del Don, a film critic and performance artist; Sonata Žalneravičiūtė, an art critic and documentary program curator; and Valentyn Vasyanovych, a famous documentary filmmaker and cinematographer.

In her work, Muriel Del Don balances the worlds of cultural journalism, art performance and photography. As a cultural journalist, Muriel has worked for different Swiss and Belgian newspapers including Cinebulletin and Cineuropa. She has also collaborated with many visual artists including the Belgian photographers and video makers Marine Dricot and Alice Khol, as well as the Swiss-Canadian musician Camilla Sparksss.

A violinist by profession, Sonata Žalneravičiūtė has immersed herself in curatorial work in film and video art. From 1996 to 1998, she worked as the curator of film and video art at the Contemporary Art Centre, Vilnius. Then she worked with the radio debate club Culture and Religion, the Skalvija Cinema Centre and the Vilnius Documentary Film Festival, the Lithuanian Cinema Programme in Warsaw and many other projects.

The director, DOP and producer Valentyn Vasyanovych has had a successful career both in documentary and feature film. In 2004, his documentary Against the Sun received the Jury Prize of the International Film Festival in Clermont-Ferrand and many other awards. In 2012, his debut feature film Business As Usual received the Special Jury Mention and the FICC award at the Odesa International Film Festival. In 2014, Valentyn Vasyanovych produced and photographed The Tribe, a film which became the most successful Ukrainian festival film in recent history.

The winners in both DOCU/SHORT and DOCU/UKRAINE competitions will be selected by Alissa Simon, the senior programmer for the Palm Springs Festival; Qutaiba Barhamji, an award-winning director and editor; and Simon Lereng Wilmont, a documentary filmmaker.

Works by the director and editor Qutaiba Barhamji have been selected to travel around the globe at festivals including Venice, Berlin, IDFA, Rotterdam, Paris, Nyon. They include Still Recording (2018, directed by Ghiath Ayoub and Saeed Al Batal); Poisonous Roses (2018, directed by Ahmed Fawzi Saleh); Wardé (2016, directed by Qutaiba Barhamji) and many others. He also works as an editing consultant and trainer for several organisations in Europe and the Middle East.

Simon Lereng Wilmont graduated from the National Film School of Denmark. His latest film The Distant Barking Of Dogs (2017), which was one of the top hits at last year’s Docudays UA, has won several international awards, among them Best First Appearance at the IDFA, Best Nordic Documentary at Göteborg IFF and others.