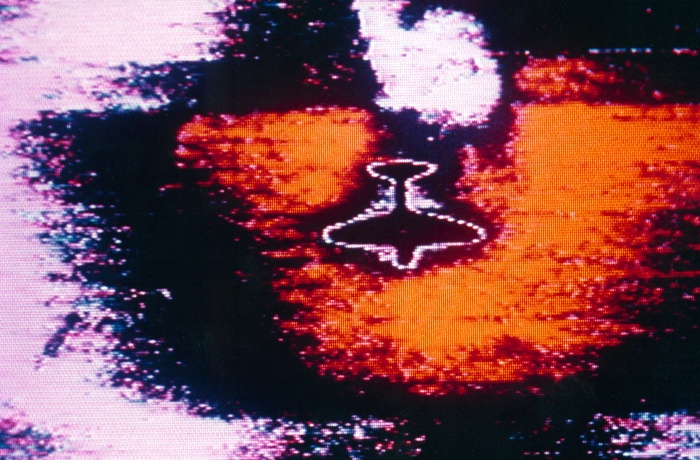 Deriving its name from literature, a film essay genre is often defined as poetic and self-reflexive cinema. Here, exciting plots are replaced with author reflections and portraitism. Given that, big screens and dark cinema halls are essentials to unravelling the poetry of tangled sounds, images, and texts in film essays.

However, why did film essays become one of the most popular film genres in the age of digital technologies and online accessibility? Did the definition and limits of the documentary essay change? And why should we watch poetic film essays online in the age of continual consumption of flow of images? This and other impacts of online accessibility on film essay genre will be discussed during the meeting with film critics.

Michael Sicinski is a critic and scholar specializing in avant-garde and experimental cinema. He is a regular contributor to Cinema Scope (Canada), Cargo (Germany), and Cineaste (U.S.) magazines as well as the MUBI Notebook and Fandor websites. He currently works in the English and the Fine Arts departments of the University of Houston.

Kevin B. Lee is a filmmaker and critic who has made over 360 video essays exploring film and media. His award-winning Transformers: The Premake was named one of the best documentaries of 2014 by Sight & Sound Magazine and played in several festivals including the Berlin Film Festival Critics Week. His works have screened at festivals and exhibitions including the Viennale, the Rotterdam International Film Festival, the Austrian Film Museum, the Ars Electronica Festival and the Museum of Modern Art. He was 2017 Artist in Residence of the Harun Farocki Institut in Berlin and 2018 European Media Artist Platform Resident at m-cult in Helsinki. He was Founding Editor and Chief Video Essayist at Fandor, supervising producer at Roger Ebert Presents: At the Movies, and has written for The New York Times, Sight & Sound, Slate and Indiewire. He initiated Young Critics Programs at the 2015 Hawaii International Film Festival and the 2016 Cairo International Film Festival. From 2016 he serves as a mentor for the Berlinale Talent Press. He is Professor of Crossmedia Publishing at Merz Akademie, Stuttgart.

Bert Rebhandl is a film critic, writer. He is a co-founder and editor of the magazine CARGO Film Medien Kultur and web site www.cargo-film.de. He is a contributor to various daily newspapers such as the Frankfurter Allgemeine Zeitung, the taz, Der Standard, and magazines such as Zitty. He is also an editor of the books Western. Genre und Geschichte (2008), Film / Arbeit. Christoph Hübner und Gabriele Voss (2014) and an author of the books Orson Welles. Genie im Labyrinth (2004), Seinfeld (2012), Der dritte Mann. Neuentdeckung eines Filmklassikers (2019).

Devika Girish is an Assistant Editor of Film Comment. She is a film critic, a contributor to The New York Times, BFI, Film Comment, Village Voice, Reverse Shot, MUBI Notebook, Kinoscope, Vague Visages, Fandor, Film Companion, SVLLY(wood), The Ground Truth Project. She was invited to the Talent Press program at the 2019 Berlinale and the Critics’ Academy at the 2017 New York Film Festival.

Oleksandr Teliuk is a film critic, director of the film archive at Oleksandr Dovzhenko National Center. Programme coordinator of retrospective screenings at Dovzhenko Center, Ukrainian and international festivals. Co-сomplier of The anthology of Ukrainian film critics of the 1920s. Co-curator of exhibition VUFKU.Lost & Found. Co-founder of internet magazine on author cinema Cineticle. Author of numerous articles on cinema and culture for printed and online media. Works on documentary and experimental films as director (under the name Elias Parvulesco).

Moderator: Tatjana Kononenko is a filmmaker, invited curator of No Image available programme. She studied media and communications in Berlin and filmmaking at German Film and Television Academy Berlin (dffb). She works with video and photos in projects related to questions of memory and history.

A still from the film ‘Sans soleil’.