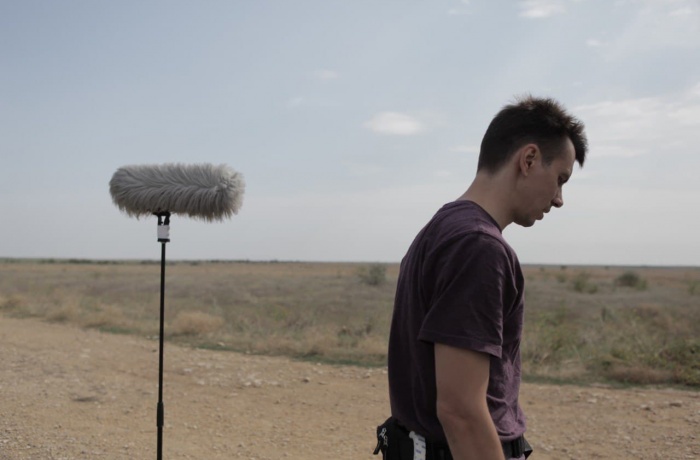 Borys Peter. Silent Pause is a special program for our team. This is an homage to sound engineer Borys Peter, who passed away last fall. The collection includes four films by directors who Borys worked with as a co-author: Ukrainian Sheriffs (dir. Roman Bondarchuk), Life Span of the Object in Frame (dir. Oleksandr Balahura), My Father Evgeni (dir. Andrei Zagdansky), and V. Silvestrov (dir. Serhiy Bukovsky). Each of them is a special example of working not only with the image but also with the sound in documentaries.

We talked to Ihor Barba – a sound engineer and a teacher of Borys Peter - about the complexity and subtleties of working with sound in documentaries, cooperation and friendship with Borys.

You worked a lot with Borys. Please tell us how you met.

We met almost 20 years ago. I then worked at the Kyivnaukfilm studio (“Kyiv Science Film”), and Borya was in his third or fourth year. I first saw him in the studio. He came with Roma Bondarchuk to prepare a term paper for the university. After a while, we got to talking with Borya, and he asked me to take him to the filming location for the series. The filming lasted three months. He was excited about everything: both the work of the boom operator and the sound director and in general how the filming process was organized. Since then, we became friends and in 2004 made our first film – A Dangerously Free Person by Roman Shyrman, about Paradzhanov. After that, I worked with Borya on all the films I worked on for 15 years.

It cannot be called work. We had common interests in cinema, common tastes. It was a pleasure working with Borys. We usually met at the stage of editing, but we were rarely together on the set. He was well versed in the meaning and purpose of sound. When editing, we did not share responsibilities among ourselves. It was an equal cooperation, a true partnership, with no clear leader.

It is often said that sound engineer is an "invisible" profession. How much do you agree with this statement?

That’s pretty much so. In Ukraine, the work of a sound engineer is mostly seen as something secondary. Unfortunately, they only talk about the sound engineer when something doesn't work out. Especially producers and directors often do not understand the essence and importance of this profession.

As ambitious as it sounds, the sound engineer helps the director create an audiovisual work, where the sound is a full-fledged component on equal ground with the visual one. The best compliment for someone who works with sound is when their work harmoniously complements the film, rather than standing out from its other components. A film is, first of all, a show, where sound helps to see and hear what is not in the image.

Sometimes filmmakers overuse voice-overs to make the documentary more spectacular. What do you think about it?

The work of a sound engineer on a documentary and on a live-action film is very different. In a live-action, a huge team usually works on the sound, and in a documentary, the sound engineer is a one-man band. He needs a good reaction, intuition, an ability to anticipate. There will be no other takes here - the event has taken place once and it will not happen again. In documentary film, there is an unwritten law of working with sound: it is forbidden to do ADR (Automated Dialog Replacement) and voice-overs of the characters. You can easily discern that. When I notice the ADR in a documentary, I stop believing it.

How do you feel the mood and atmosphere of the film?

A sound engineer is a person who is dependent, in particular, on the director. It is the communication with them before, during, and after the filming that sets the direction in which the sound engineer is moving. Once Serhiy Bukovsky and I had a terrific episode. We went to shoot the film The Living, dedicated to the Holodomor. It was January 2008, it was cold, and we were going to Uman by bus. We stopped at the gas station to drink some coffee and Serhiy Anatoliyovych told me: “You know, there will be no music in this movie.” I was bewildered, because the film was supposed to have a lot of chronicles of the First World War. “How come - so much chronicle with no music?”. And Serhiy Bukovsky said: "Well, there will be no music anyway, you'll see." And finally, there was really no music in the movie. There were only a few songs sung by the characters themselves.

That means, the director had an idea in advance about what the movie should be and he set the direction for the whole team. And since he told me that there would be no music in the movie, I immediately began collecting noises and sounds on the set. 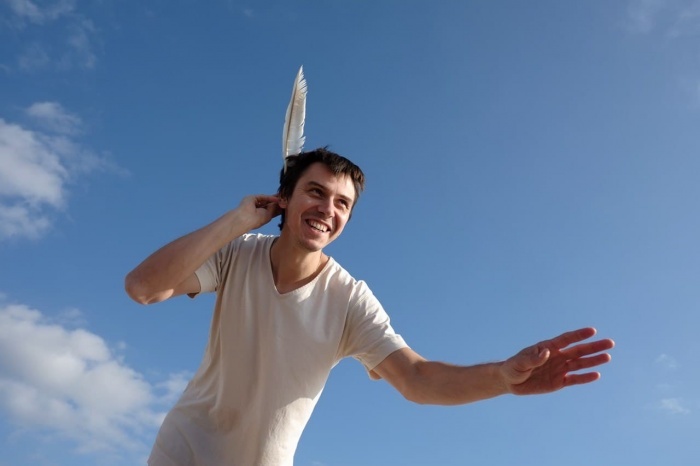 Does sound quality in cinemas affect the work of a sound engineer?

Unfortunately, it does, it influences their work greatly. In different cinemas, the same film may sound different. And the success of the film often depends on how the hall is set up. We usually adjust the sound in the hall for 15-20 minutes before the premiere of the film. But we are not able to change its acoustics, so when the film is released, there is no way to affect the sound quality.

How did you work with the music in the film V. Silvestrov?

Borya had a very good ear for music. He even played the guitar for some time. When we started editing the film V. Silvestrov, we immediately identified our main task - not to interfere with the music of the great composer. We worked with music recorded on the set, as well as with archival recordings, which have also been restored for a long time. But we had to make everything sound natural. And judging by the reaction of Valentyn Vasylovych, we probably succeeded.

Is there any Borya’s special “trademark” that, in your opinion, can be distinguished in his films? What makes his style stand out?

Borya knew how to construct silence. And this is something that cannot be taught – you only need intuition and taste here. For me, the pinnacle of Borya’s skills is the beginning of the film Volcano (Vulkan) by Roman Bondarchuk. The way Borya worked with sound in this film deserves respect. He was able to combine sound from the set with the ADR and voice-overs done in the studio.

Borys had one essential trait, which is now rare, but which is so important to talk about. Borya easily and gladly shared his experience and skills with young guys and girls. I often brought students to him and he told them everything he knew. Few people are now ready to share their knowledge so openly. They justify themselves by saying that “nobody taught them anything, they only read books and memoirs”. Borya was different: he was not afraid that he would raise his competitors.

He was excited about all the latest things that appeared on the market: films, technology. I could call him at any moment and ask about something - if he did not know about it, then he found out and immediately called me back: “Yes, I looked it up! This is wonderful!”. In some ways, I even envied Borya: he was a very free person both in life and art.