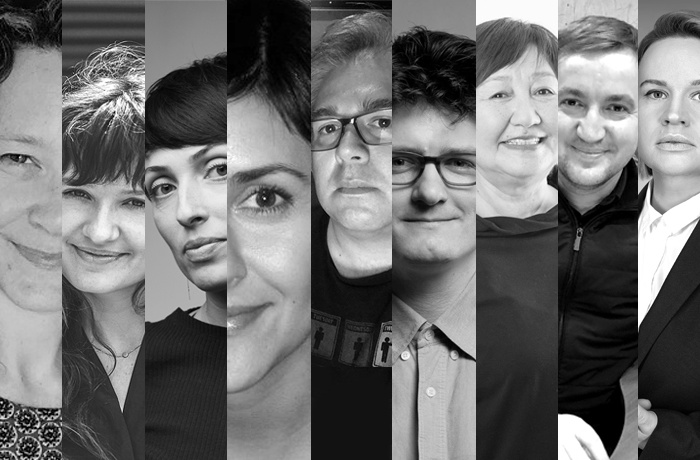 This year, the festival jury will choose the winners in three competition programmes: DOCU/WORLD, DOCU/SHORT and DOCU/UKRAINE. It will also give the award in the special RIGHTS NOW! nomination.

The jury of the international feature- and medium-length film competition DOCU/WORLD includes Iryna Tsilyk, a Ukrainian filmmaker, screenwriter and writer; Marek Hovorka, the director of the Ji.hlava IDFF; and Emma Davie, a filmmaker and tutor.

Marek Hovorka is the founder and director of Ji.hlava IDFF in Jihlava (Czech Republic). He also co-founded the Doc Alliance festival network, the East Silver documentary film market, the DAFilms online distribution platform. Marek Hovorka has served as a member of juries at major international and documentary film festivals such as CPH:DOX, Visions du réel, Karlovy Vary IFF and others.

Emma Davie is a filmmaker and tutor whose documentary films won the Scottish BAFTA award and participated in CPH:DOX, Documenta Madrid and Docs Against Gravity. In addition, Emma Davie has experience working for TV channels such as BBC and Channel 4.

The best films in the DOCU/SHORT international short film competition and the DOCU/UKRAINE national competition will be chosen by the writer and critic Michael Sicinski, the programmer Myrocia Watamaniuk, and Olha Birzul, a culture manager and film programmer.

Michael Sicinski’s work has appeared regularly in Cinema Scope, Cineaste and Cargo. He is currently teaching in the English and Fine Arts departments at the University of Houston.

Olha Birzul has work experience as a culture journalist, editor, curator and programmer. For almost ten years, she curated and coordinated programmes at Docudays UA. In 2019, she became the head of the Film Sector at the Ukrainian Institute, where she works to build cultural connections between Ukraine and the world, as well as to support and promote Ukrainian cinema.

The RIGHTS NOW! Award will be awarded to a creative documentary film which explores the modern world and makes a significant contribution to the discussion of human dignity, freedom and equality. Ten films from all Docudays UA film programmes are nominated for the award. The winners in the RIGHTS NOW! nomination will be determined by Oksana Pokalchuk, the director of Amnesty International Ukraine; Tolekan Ismailova, a Kyrgyz human rights defender; and Oleksandr Solontai, the head of the practical policy programme and an expert at the Institute for Political Education.

Oksana Pokalchuk is a human rights defender, lawyer, feminist and researcher focusing on the topics of reproductive rights and LGBTQI+. Before she became head of the Ukrainian office of Amnesty International, she worked at the European Court of Human Rights in Strasbourg and defended the rights of the LGBT community at Insight

Tolekan Ismailova is the vice-president and director of the Bir Duino-Kyrgyzstan human rights movement, whose mission is to report about the rights of vulnerable groups, promote women’s leadership, and reform the penitentiary system and criminal law. The movement organises the Bir Duino-Kyrgyzstan international documentary human rights film festival, a platform for independent critical and activist documentary films.

Oleksandr Solontai works on issues related to local self-government and decentralisation, the election process, the work of government bodies, and community strategies. He has extensive experience of public activist and political work. In particular, he was a member of the Uzhhorod City Council and the Zakarpattia Regional Council. Oleksandr Solontai founded the Foundation for the Support of Professional Politics.

18th Docudays UA is supported by the Embassy of Sweden in Ukraine, the Ukrainian Cultural Foundation and the Ukrainian State Film Agency.