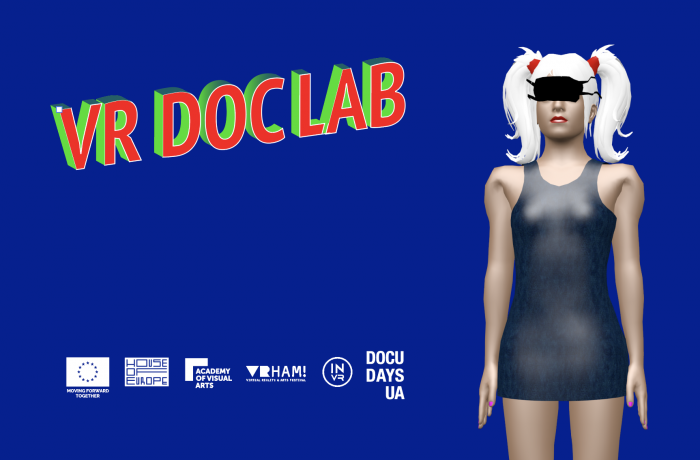 In cooperation with the Academy of Visual Arts Kharkiv, Docudays UA is enhancing the toolset of documentary cinema by mastering the creation of VR films for the first time. As a part of the 18th Docudays UA industry programme, we will hold the VR DOC LAB, a series of open lectures by prominent European specialists who will focus us on the main stages of VR cinema production: from script development to distribution.

Using their own projects as examples, the speakers will share their experience of working with modern digital technology, such as 360° video, 3D modelling, animation and interactivity. They will also share important nuances about the cultural market.

The lectures will be given online on 27 March – 3 April. You need to register to participate. See more details here.

The lectures will be of interest to screenwriters, directors, journalists, producers, artists, developers, curators.

The VR DOC LAB speakers will include: Gayatri Parameswaran, an author of immersive projects, filmmaker; Felix Gaedtke, a prominent immersive storytelling specialist and creative producer; Gayatri and Felix founded the NowHere Media storytelling studio together; Zilla Watson, a digital and immersive technology consultant; Sönke Kirchhof, a producer, director, stereographer, consultant and the founder of INVR.SPACE; Ulrich Schrauth, an international curator, creative director and artist working in the field of immersive media; and Astrid Kahmke, a curator and the creative director of the Bavarian Film Centre.

VR DOC LAB is supported by the European Union through the House of Europe programme.

Should you have any questions or suggestions, please email at avakharkiv@gmail.com.