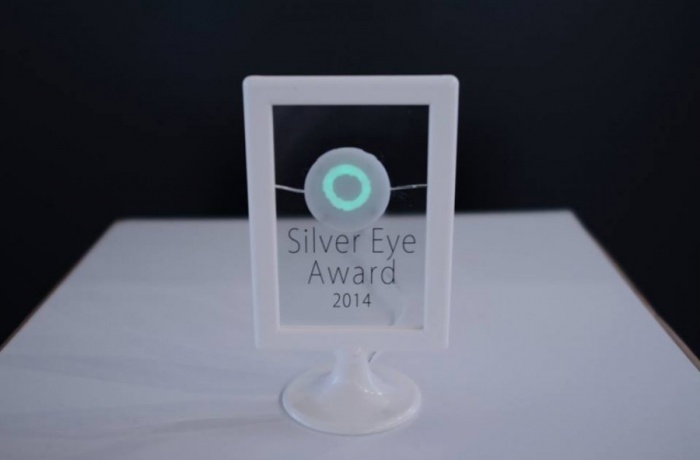 'Euromaidan. Rough Cut" got Special Mention from East Silver Market at Jihlava International Film Festival. Tue Steen Müller explained the the meaning of this award in his column.

News taken from the website of the IDF (Institute of Documentary Films): For the sixth time at Jihlava International Film Festival, Institute of Documentary Film announced Silver Eye winners at the Closing Ceremony. The holders of the awards are three extraordinary documentaries from East Silver Market, selected in three categories, as well as three Special Mentions.

The aim of the Silver Eye award is to introduce the new talents to the international audience and to bring the attention of industry professionals to the new interesting films from Central and Eastern Europe, and to help the nominated films to find sales agents, broadcasters and festival releases. All Silver Eye winners receive the trophy designed by Czech artist Tereza Durdilova, as well as 1 500 EUR prize money. On top of that, the awarded films are about to enjoy the year-long distribution support within East Silver Caravan festival service, shipping them to more than 108 international film festivals.The awards are supported by MEDIA programme.

A Special Mention is first given to a film whose beautiful cinematography poetically captures the essence of a community stuck in time, longing for an era that is long gone: 1973 by Stefan Ivancic.

The best documentary category is awarded to a film that succeeds in its form to parallel the emotions of its protagonists, and a film whose choreography touches delicately on a universal theme that relates to modern society: The Visit by Matej Bobrik.

As jury members we think that this is important material to see. It’s a material that’s making the history of new countries. The special mention goes to Euromaidan: Rough Cut

This film ticked all the boxes. For us, it was topically, cinematically and from arts point of view the best film from all of the 11 nominated films. The Silver Eye Award goes to Blood by Alina Rudnitskaya.

The jury unanimously decided to give a special mention to a film that impressed us for its daring approach to collective filmmaking where each director give to the film a singular vision that blends into one unique universe. The special mention goes to Gottland by Lukáš Kokeš, Petr Hátle, Rozálie Kohoutová and Viera Čákanyová.