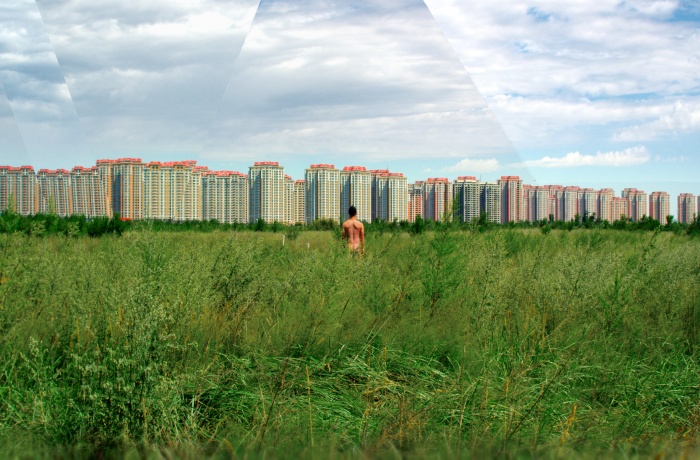 The main program of 4 DEGREES festival includes the first messengers of the global warming, the “cowspiracy”, the insatiable monster of industry, and struggle as the proof of love to planet Earth. Darya Averchenko, the PR director of the festival, explains how and why these movies are dealing with environment.

Climate changes have finally become evident in Ukraine – the increase of temperature to abnormal forty degrees during the summer was evident to all of us, and not only to meteorologists. Donald Trump’s claim that climate does not change (and, therefore, global businesses may continue to pollute ground and sky) was met with a wave of protests by environmental activists from New York to Brussels. We also decided to join the worldwide protest “Climate versus Capitalism”. This is how emerged the main theme and crucial program of the “4 DEGREES” festival. We’ve been selecting the movies meticulously, in order to tell about the process of climate change as convincingly and thoroughly as possible.

Please excuse us for having prepared the program that is bound to inflict insomnia on reflective people. Polar ice caps are really melting, which causes trouble both to the inhabitants of Thule village in the northernmost part of Greenland, and to the inhabitants of it antipode – Tuvalu Island in the Pacific Ocean – in the film "ThuleTuvalu". It will not be long until the people of Thule and Tuvalu would leave their homes, looking for terra firma, as the first messengers of the global warming, which won’t spare anyone.

Balancing on the very edge, humankind stubbornly continues to fight over oil, confirming the fact that environmental is almost always political. In the movie “When Two Worlds Collide”, the president of Peru Alan Garcia initiates aggressive mining of oil, minerals, and gas on the virgin lands of Amazonia, inhabited by indigenous peoples. The confrontation turns into deadly violence.

The struggle for environment is also going on beyond the conflict areas: what danger can cattle present? However, huge scopes of industrial cattle breeding are destroying the planet. And the silence of the world’s leading environmental organizations about this issue suggests a “Cowspiracy”!

Chinese filmmaker Zhao Liang in his movie “Behemoth” explores social structures in the industrial provinces of Mongolia. Watching the lives of the mine and quarry workers, viewers in the audience will probably pull the sleeves of their neighbours, asking: “All of this is not true, is it? It’s all suits, make-ups, and excellent work of the costume designer?”.

Considering global companies, global warming, and global dangers to the human race, one needs powerful will and sense of responsibility in order not to give up and to continue the struggle. And an extraordinary sense of humor as well. For two decades now, Andy Bichlbaum and Mike Bonanno from The Yes Man act as the enemies of environment (film "The Yes Men Are Revolting"). This is the only way they can get to the news reports and propagate their real ideas. They conduct press conferences on behalf of the Chamber of Commerce, where they tell about this organization’s cunning plans that threat the environment. They present polar bears to the government of Netherlands on behalf of Gazprom. They organize invasion of people in “protective” ball-shaped suits to the UN conference dedicated to climate change. Probably their struggle as a lifestyle and as proof of love to the planet Earth is the best role model.

On photo - "Behemoth" by Liang Zhao