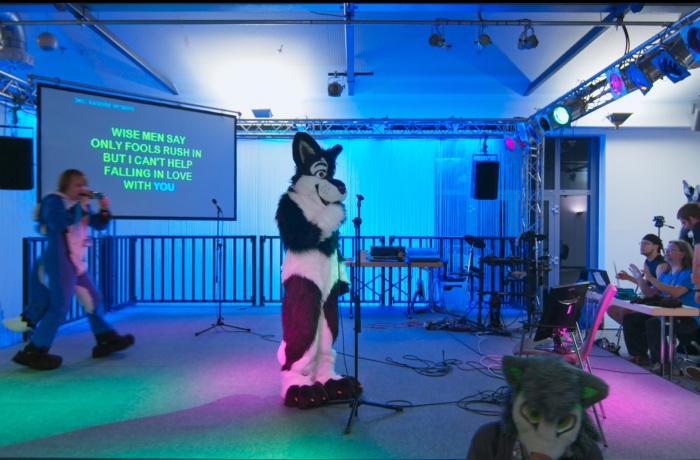 We invite you to spend your winter holidays together with DOCUSPACE. The Docudays UA festival team has prepared a New Year’s surprise for you. We will screen three documentary hits that were not presented at Docudays UA in March. Meet Ukrainian online premieres of films that have participated and won awards at prominent European festivals. You will be able to watch the films from 7 December and for the following year on the docuspace.org platform. The screening is supported by the European Union under the House of Europe programme.

I Walk by the Danish director Jørgen Leth

This autobiographical film shot in the form of a diary captures the everyday life and woes of an old man with many successes under his belt and a richly lived past, but whose zest for life is slowly beginning to fade away. Jørgen Leth survived a devastating earthquake in Haiti, but his legs have not served him well since and every step he takes is an arduous task. He travels to Laos with a team of filmmakers and his adult children where he plans a project with help from the local people to capture the pristine nature of the country. During the project’s pre-production phase, he revisits the past to speak about his own life story, taking a poetic approach as he answers the burning question: is it still possible to find beauty and happiness if one is barely able to put on his own shoes?

The film was nominated for the best feature-length film at IDFA.

I Had A Dream by the Italian director Claudia Tosi

The film tells the story of Manuela and Daniela, two women who dream to change their country, Italy, but have to meet the harsh reality. From the feminist fights against Berlusconi to the last elections of 2018, the film explores the last ten years of Italy through the political action and the everyday life of the two compelling women. Supported only by their deep friendship and political passion, Manuela, Deputy of the Parliament, and Daniela, active on a local level, face the Italian women-non-friendly political environment and testimony a change that they would have never expected: the death of politics and the rise of populism. Torn between the sense of duty and the desire to quit politics, Manuela and Daniela go through the main events of their political adventure to try make sense of it. Their refreshing humor and spontaneity cast unexpected lightness and hope on the dark times faced by Italy.

A birdcall-imitation-seminar, an animal-telepathy-hotline, a beauty contest for pedigree dogs. The film shows people in their attempts to study and “understand” the animal world. Wherever the film crew goes, animals are sorted, studied, and processed; and yet they remain enigmatic and absent. What's inside the animals? What can animals offer? The closer they are examined, the less hope for a clear answer remains.

Pamela Cohn, a curator, producer and consultant, and Claudia Tosi, the director of I Had a Dream, will discuss documenting stories that unfold over many years, talk about lightness and hope which save you in dark times, about politics, filmmaking and opposing harsh realities.

Happy holidays with good films to you!

Header: a still from Animals