“Ukrainian documentary filmmaking is ambitious, interesting and open to the world.” Meet the tutors of the Ukrainian Doc Preview! 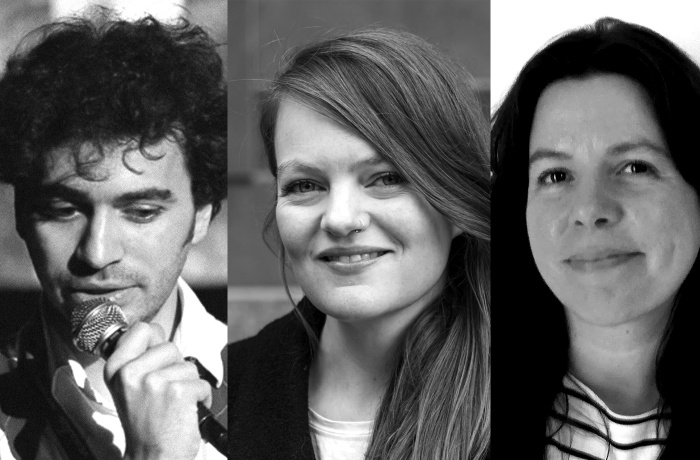 This year, the guest tutors of our annual feature-length documentary presentation Ukrainian Doc Preview will be Brigid O’Shea, a member of the advisory boards of B2B Doc and DMZ Docs; Selin Murat, the Market Manager at IDFA Forum; and Qutaiba Barhamji, one of the best known editors of Middle Eastern documentary films.

The call for applications for the Ukrainian Doc Preview is open until 13 February. On 21–23 March, the selected participants will have a chance to join a workshop where the guest tutors Selin Murat and Brigid O’Shea will share their experience and teach the participants to successfully present their projects to the international film industry. Meanwhile, Qutaiba Barhamji will give individual editing consultations to each of the projects depending on the needs and questions of the team.

“Peer development and knowledge exchange are just as essential as networking,” notes Selin Murat. “Workshops are a rare moment where filmmakers get to share their usually lonely workloads. Sharing experience also means that filmmakers can decide on best practises together that ripple positively across the whole industry. They create more transparent working conditions for all. By exchanging together, the filmmakers are stronger and safer.”

“Working at a workshop with strangers can initially be scary and sometimes seem futile, but this is the environment where filmmakers develop their project more, determine what exactly they want to say with it. After listening to the opinions of other workshop participants, the filmmaker must find their own path and cinematic language,” says Qutaiba Barhamji. “In addition, the more a filmmaker talks about their film, the better they can understand whether this is the work they want to make.”

Looking ahead, Brigid O’Shea gives advice to young filmmakers: “Knowing what you are trying to say, who you want to say it to, and being really enthusiastic about your project is always a good strategy. Also, keeping an open mind, being a good listener and willing to share as well as receive is always a good sign of a great filmmaker or producer. It is also important for emerging filmmakers to join their local community to work together to bring attention and success to their projects. Using your collective power is a great way to draw more attention to your individual projects and also create long-term and meaningful connections with the international marketplace. Docudays is a great place to do this!”

Qutaiba Barhamji says that it is always very exciting to work with a filmmaker’s first film, because debuts are usually more honest and emotional, and the director’s position remains more vulnerable. So the tutor recommends to filmmakers who work on editing their first film: “Stand your ground and don’t give up, especially when it seems like you have no strength left, you should try and work, work, work.”

Brigid O’Shea, Qutaiba Barhamji and Selin Murat have been working with the DOCU/PRO Industry Platform for years. Brigid and Qutaiba share their observations:

Qutaiba Barhamji: “Documentary filmmakers in Ukraine invest much more effort in implementing their projects than filmmakers in European countries. This is mostly due to the lack of funding. But despite this, many films by Ukrainian filmmakers are featured at international festivals.”

For instance, Eternity according to Florian, a film by Oleksiy Radynski which participated in the Ukrainian Doc Preview last year, premiered at the International Film Festival Rotterdam this year.

Find out more about the Ukrainian Doc Preview and submit an application here.