The Way to Freedom: All revolutions are impossible until they become inevitable 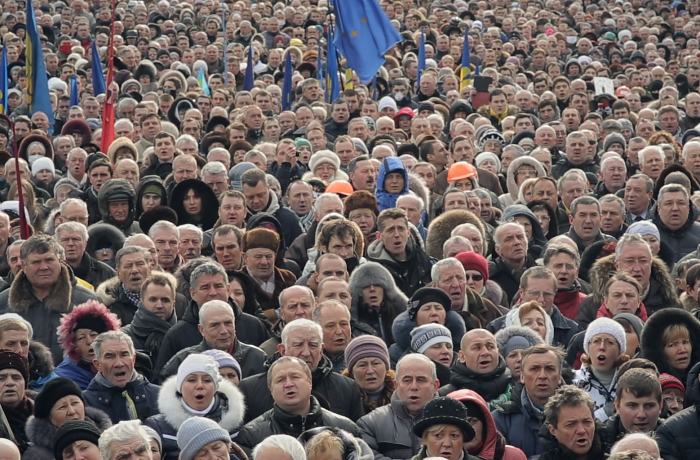 Odessa International Film Festival in cooperation with Docudays UA and hromadske.tv present a film selection on revolutions around the world – The Way to Freedom.

On July 12 to 18 at Rodina cinema (140 Mechnikova St) the documentary selection The Way to Freedom will be screened. Eight films tell about revolutions in various countries. United by common human principles of freedom, truth, and dignity, they reflect the changes possible only due to us.


All screenings are accompanied by Q&A sessions with directors and professional moderators, which are journalist and civil activist Natalka Gumeniuk, civil advocate and co-coordinator of No Borders project by Center for Civil Action Maksym Butkevych and program director of the OIFF Alik Shpyliuk.

All screening are FREE OF CHARGE.

Opening the selection will be documentary almanac The Black Book of Maidan (2014) shot by the sophomores of film direction at Karpenko-Kary Film, Theater, and Television University. Fr four months they were not only looking for their characters, filmed and edited them, but also volunteered on the square. From dancing and singing in December to first shootings in January, from joy and euphoria to exhaustion and tiredness. Those are the stories about ordinary people who have defended their dignity and are ready to fight on, people putting their feelings before words.

From first days of demonstrations to the last days and the referendum against the president. In a sharp Romanian film Where Are You, Bucharest? (Bucuresti, Unde Esti?, 2013) by Vlad Petri, revolutionary actions end up as a farce. 23 years after the Romanian revolution people came back to the streets to occupy the entire public space.

From ousting a dictator who ruled over the country for 30 years and an army state to the climax – compulsive forceful deposition of the Egyptian president, the representative of the Muslim Brotherhood in the summer of 2013. The Square (Al Midan, the US, Egypt, 2013) familiar to Kyiv Maidaners, by an Egyptian director Jehane Noujaim atlast on large screen in Odessa.

The Velvet Terrorists (Zamatoví teroristi, Slovakia, Czech Rupublic, Croatia, 2013) by Peter Kerekes, Pavol Pekarcík, and Ivan Ostrochovský offers a collective portrait of three heroe who tried ti fight against communist authorities in Czechoslovakia. They were sentenced for terrorism despite the fact that they didn’t harm of kill anyone. Stano wanted to blow up the communist tribune, but got drunk, was arrested with a bag of explosives and did his 5 years in prison. Fero wanted to kill President Husak, was arrested for keeping arms and explosives and sentenced for 14 years in prison. Vladimir blew up communist propaganda boards and did more than 4 years in prison.

A controversial continuation of the women’s protest theme is Pussy against Putin, (Pussy protiv Putina, Russia, 2013). In 2012 the members of anarchy and feminist band Pussy Riot were sentenced to 2 years in prison camps for “hooliganism and exasperation of religious hatred”... The band and their fans became main characters of the film made by people who documented their actions from the beginning and till imprisonment.

Closing the selection will be a long awaited Ukrainian premiere of Maidan by Serhiy Loznytsya. This is a documentary epos where the character is Ukrainian people rising up for their freedom and civil rights. The chronicle follows the events from December of 2013 to March of 2014. The world premiere was at the IFF in Cannes in May of 2014.

Details and schedule at www.oiff.com.ua