Dialogues on Life and Survival 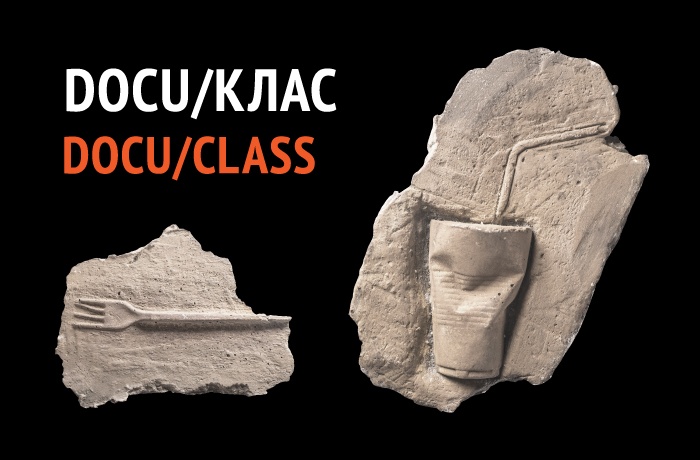 DOCU/CLASS year 2017 by two thirds consists of public dialogues, and by one third – of stories about passionate activist projects, in which documentary becomes a witness of tragedies caused by humans while stubbornly aiming on the utopian goal: changing the world for the better.

The program of documentary workshop opens with lecture by James Whitlow Delano “Documenting climate change and social media’s grassroots role”. James is an American photographer, who has been living in Asia for more than two decades now (currently based in Tokyo), and whose works are mostly related to documentation of human’s harmful influence on the environment, its causes and effects. In 2015, he started Instagram project #EverydayClimateChange, which unites dozens of photography professionals from all over the world, documenting climate changes on all continents. Photo exhibition based on the project will be presented at the festival. Authors of the photographs are not only attempting to find out the in-depth reasons and results of climate changes, but also demonstrate how humankind tries to stop ecocatastrophe. After the lecture, the photographer will share his thoughts concerning the role of social media in this resistance.

One more passionate speech about the ability of documentaries to transform societies was prepared by the founder of International Human Rights Festival One World (Prague, Czech Republic) and one of the members of DOCU/RIGHT jury board, Igor Blaževič. His lecture is called “Launching Festivals with a Mission”. Igor Blaževič took part in initiation of numerous human rights festivals, in addition to his lasting cooperation with People in Need organization. He believes that watching documentary films can heal traumas inflicted on human race by wars and other disasters.

Turning of documentaries into battlefields will be discussed during “Documentaries as Means of Creation and Debunking Clichés about Ukraine” - the first round table in the festival’s history with participation of representatives of international and Ukrainian media professionals. Speakers of the discussion include publicist Thessa Mooij (USA), journalist Emma Jones (Great Britain), film critic Natalia Serebriakova; film critic Dariya Badior (Ukraine) will moderate this event.

One more event that is premiering at Docudays UA is the discussion about “female gaze” in movies. The discussion “Why ‘Female Gaze’ Matters and Why Cinema Needs Women Authors” will be moderated by special guest of the festival – the deputy director of the European Women’s Audiovisual Network (EWA). Other participants of the discussion include directors of the movies that take part in the festival’s program: Mette Carla Albrechtsen (“Venuses”) and Salome Yashi (“The Dazzling Light of Sunset”).

Film editor Monika Willy was constantly co-working with Michael Haneke, Barbara Albert and Michael Glawogger. She concluded the work on Glawogger’s “Untitled” after the director’s untimely death during movie shooting in Liberia. Glawogger himself has many times related to the intensity of their cooperation: Willy edited “Workingman’s Death” and “Whores’ Glory” without his constant presence, and often suggested music for his movies. It is hard to imagine how these famous films would look like without her participation. Ukrainian filmmaker Kateryna Gornostai will moderate the discussion with Monika Willy.

One more dialogue in the program is between Serhiy Bukovsky and Pawel Łoziński, two directors whose movies take part in the “MASTERS” program. Both movies – “Leading Role” by Bukovsky and “You Have No Idea How Much I Love You” by Łoziński – deal with the issue of relationships between children and mothers in completely different ways. Their discussion, which will close the DOCU/CLASS program, is likely to become the “icing on the cake” of this year’s workshop.

Our regular audience might notice that the program of DOCU/CLASS-2017 is significantly shorter than it was in previous years. Please do not jump to conclusions. From now on, all the events that concern professional more than artistic spheres, will be allotted into the program of industrial section DOCU/PRO. DOCU/PRO 2017 program includes seven lectures and presentations, which will be interesting first and foremost for the professionals of cinema industry. These events will provide a lot of useful information regarding the filmmaking process, from search of financing to promotion of the movie. Detailed announcement is coming up soon.

Summing up, I would like to say that the main features of this year’s workshop – its focus on dialogues and action – can result a powerful synergy effect if they supplement each other. An authentic dialogue with mutual respect and empathy is able to reveal in-depth painful points and the potential for their reconciliation. Passion to life is capable of transforming this awareness into urge for action. And who knows, perhaps the action that resulted from an essential dialogue, will eventually stop the catastrophe, from which humankind is just “four degrees” away.