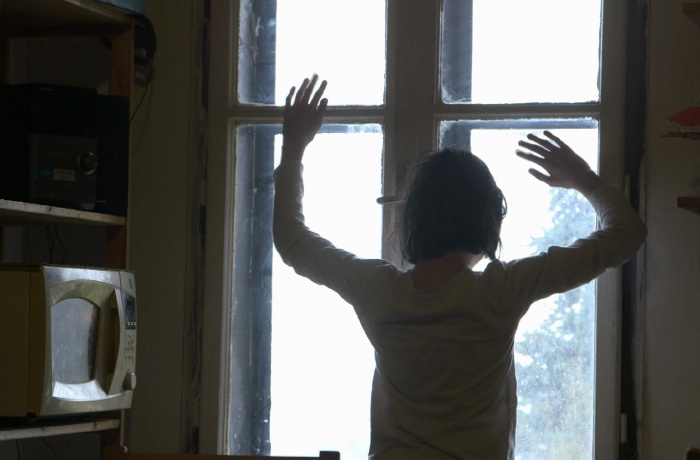 This year’s Docudays UA will be featuring a special program from the world-renowned masters of documentaries: Serhii Bukovskyi, Audrius Stonys, Miroslav Janek, Pawel Lozinski and Michael Glawogger. The collection of movies by these directors presents five unique experiences of authors’ view on reality.

Serhii Bukovskyi has earned the favor of the audience with “The Holiday is Tomorrow”, the documentary about work at a poultry factory. He began his documentalist career during the Soviet Union times, and afterwards created about fifty movies and TV programs about Ukrainian realities. Some of his works are dedicated to forsaken Ukrainian villages (“Dream”, 1989), some of them deal with the war in Ukraine (“The War. Ukrainian Score”, 2002) or the Great Famine (“The Living”, 2008), others depict the New Galicia in Brazil (“Red Earth”, 2001). A human being is always in the center of these stories.

“The Main Role” by Serhii Bukovskyi

The MASTERS selection at Docudays UA presents Serhii Bukovskyi’s new movie, “The Main Role”. It is a personal story about actress Nina Antonova, the director’s mother. The sincere dialogue unfolding on the screen touches upon thousands of issues, from loneliness and love to shopping lists and childhood fears.

“My fantasy has boundaries, but the world around me seems to be limitless”, says Audrius Stonys. According to this Lithuanian filmmaker, the mission of any documentary is precisely in the ability to unveil the hidden. His “Land of the Blind” once won the “Movie of the Year” award and received the Felix prize from the European Film Academy. During the last twenty years, Audrius Stonys created about twenty films as an independent director and producer.

“Woman and the Glacier” by Audrius Stonys

“Woman and the Glacier” is his new creation. The icy cliffs, the music, the wind, the woman’s face or the waterfall in this movie are more outspoken than words. Every loneliness in the film has its price.

Miroslav Yanek is known as the master of humanistic documentaries. This Czech documentalist was at first appraised as an extraordinary film editor. He was working with American experimentator Godfrey Reggio on the documentary trilogy “Powaqqatsi” (1988), “Soul of the World. Anima Mundi” (1992) and “Naqoyqatsi” (2002). After his return to the Czech Republic in 1993, Miroslav Janek continued to make his own documentaries. His movie about blind children with a camera “The Invisibles” (1996) received many positive reviews both in his home country and abroad. His films “Cha-Ci-Pe” (2006) and “Verka” (2005) were awarded at international film festivals.

His new “Normal Autistic Film” tells a story about five children with Asperger syndrome. The viewer of the film is faced with one of the main questions of our times: where lies the real frontier between diversity and perversions?

Polish documentalist Pawel Lozinski always addresses the issues that are related to cleavages. Those are either cleavages in humans, like in the intimate biographical movie “Father and Son” (in 2013, the filmmaker and his father Marcel Lozinski, who is also a prominent documentalist, went for a car trip to Paris, filming each other on a camera), or historical cleavages, like in the movie “Birthplace” about complicated relationships between Poles and Jews during the times of occupation. First and foremost, the filmmaker appreciates the potential of documentary movies to look into the daily life. “A documentary movie for me is one’s own view on the world, a real story related in the way that enables it to go beyond the meaning that can be seen at the first glance”, Pawel Lozinski says.

His documentary work “You Have No Idea How Much I Love You” in the festival selection at Docudays UA is dedicated to language in general and to a human’s language in particular. The movie almost entirely consists of dialogues and three actors on the screen: the mother, the daughter and the psychotherapist. Nevertheless, this is a daring emotional thriller about compromises and thrive for acceptance by others.

The last but not the least is the “Untitled” movie by Michael Glawogger, an Austrian filmmaker. In autumn 2013, he went on a journey around the world in order to learn, in his own words, “whatever story the world is willing to tell him”. He was planning to edit a movie from the material he filmed during his journey. However, on April 23, 2014 the director died from malaria in Liberia. Film editor Monika Willy finished the movie instead of him.

In 2012, Michael Glawogger personally presented at Docudays UA one of his most widely known movies, “Death of a Worker”. He told why he insists on merging documentary and feature in his films. Among the countless crossroads of reality, it is very important to reach the essence of things.

His last movie, which was filmed in Italy, the Balkans, and the West of Africa and edited by Monika Willy, is one more confirmation that cinema gives us more freedom than we can imagine.

Traditionally, Docudays UA prepares meetings with the filmmakers. This year is not an exception: famous documentalists will personally present their movies in Kyiv.