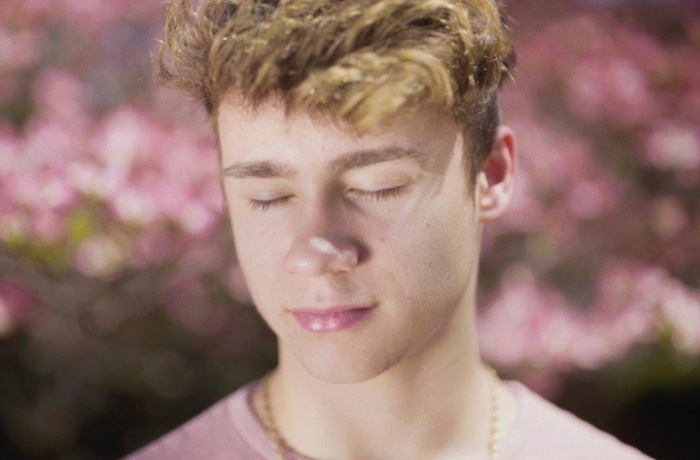 On 1 September, the screening of the documentary Jawline, directed by Liza Mandelup, starts on docuspace.org. The blogging industry can allow you to earn millions, but at the same time, it’s a pragmatic world.

Austyn Tester, handsome and 16, feels oppressed by the confines of life in his small hometown. In the online world, the boy is adored by thousands of young girls, but it is not enough for him. Finally, Austyn is found by a manager from LA, who makes his dreams come true. But is this the life that the young man wanted? Jawline has won awards at Sundance and Sheffield Doc/Fest. The Ukrainian audience will have access to this film on the DOCUSPACE platform until the end of September.

Jerry Heil, a popular singer, composer, YouTube blogger and the ambassador for the film Jawline, spoke about her social media experiences: “All doors do not open for you when you become famous, as the protagonist thinks. You must keep your humanity. Bit it is not true that a beginner without a team cannot create their own social media brand. When I launched Okhrana–Otmena, there were only two of us! Without any sponsorships. So everything is possible if you decide that blogging is for you.”

We will talk about the rise and fall of popular Ukrainian teenage bloggers, about the boundaries between documentary filmmaking and video blogging, and about the particularities of building successful festival strategies during the accompanying online discussions which will be streamed on docuspace.org, as well as on Docudays UA’s Facebook page and YouTube account.

Megapopular on Social Media: How do bloggers actually live?

The social media audience is cruel and capricious, and advertisers are demanding and inconsistent, so bloggers who aim to succeed have to work day and night to gain popularity. What do bloggers actually sacrifice for their popularity? How do you treat haters and unscrupulous advertisers? How do you avoid being trapped by cybercriminals? What should a Ukrainian teenager do if they want to make money online but have no legal possibility to do so?

The 16-year-old video blogging star and the documentary filmmaker are, in a sense, on the same side: both address the world with a camera. But the director of Jawline, Liza Mandelup, and its protagonist, videoblogger Austyn Tester will speak about the boundary between filming a documentary and video blogging, about the private and the public in front of the video and film camera, about the deceptive simplicity of working with “motion pictures” and social media, and about their relationship.

The particularities of building successful festival strategies for documentaries will be discussed by Stephanie Fuchs, a manager at Autlook Filmsales, the distributor for Jawline. Autlook Filmsales is one of the most influential sales agencies on the documentary film market.

The film screening is possible with the support of U.S. Embassy in Ukraine