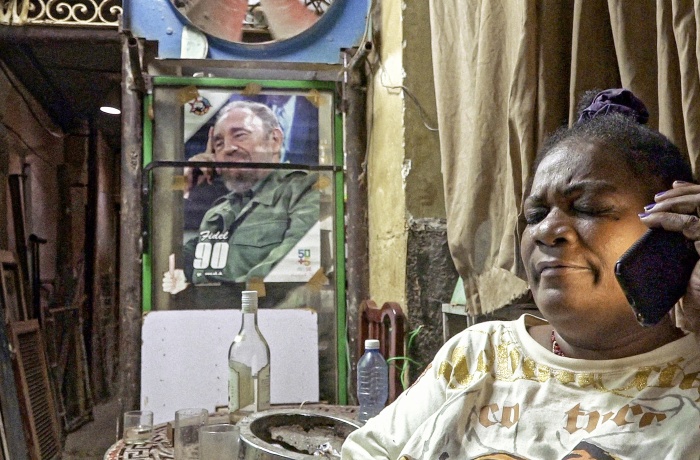 This year, the DOCU/BEST programme is complemented by a section similar in spirit and message – MASTERS. Both programmes combine the work of well-known documentary filmmakers who have achieved recognition at leading international festivals: from Sundance to IDFA, from London’s BFI to the Oscar nominations.

As part of the 18th Docudays UA, these films have shaped a new kind of content and form that goes beyond the traditional documentary. This includes elements of reportage journalism and spy thrillers, theatrical production and voyeuristic observation, philosophical reflection and Hollywood finales. What will the films in these two sections be like, and what do they have in common?

Hubert Sauper, an Oscar-winning documentary filmmaker and creator of the film Epicentro (MASTERS), has chosen a surprisingly free-form narrative for his new film. With the enthusiasm of an anthropologist, Sauper explores the remnants of imperialism in Cuba, almost knocking on the doors of homes in the poorest districts. But Epicentro is something bigger than just observation. The author intervenes in the documentary reality collected by his camera and leaves his own reflections in the prologue and epilogue of the film, bringing the story into the plane of cinema as the most subtle form of deception. Thus, Sauper brings the invention of cinema and the beginning of the Spanish-American War on the Island of Freedom together in time. The director concludes that most of us have witnessed the war ‘through the hypnotic lens of cinema’.

So even Sauper’s Cuban characters can’t help but be seduced by the lens: kids singing revolutionary songs, most likely to impress a gringo tourist with a camera, or poverty-stricken Havanans, who, nevertheless, retell the legend of how Columbus called Cuba the most beautiful island in the world.

In contrast to Sauper, Ai Weiwei chooses the role of a silent listener, completely giving the floor over to the relatives of the students of Ayotzinapa in Vivos (MASTERS). His protagonists are grieving parents, brothers, and sisters. In 2014, students at the Ayotzinapa Rural Teachers College were brutally maimed by police and unidentified masked men. Six students died and 43 went missing. In 2019, Ai Weiwei came to Mexico to do an art exhibition at the local National University. In an attempt to explore Mexican culture and politics, the Chinese artist draws attention to the same student tragedy that still haunts the relatives of the missing students.

As we know, the artist, has long been concerned about humanitarian crises, but Vivos does not show the artist’s traditionally uncompromising scope. Rather, the audience is confronted with journalistic dedication to anyone who is ready to pour their pain out on camera. No doubt, Ai Weiwei reveals a real crime against humanity in his film, and this statement could be political. But it seems that the artist’s desire to articulate something else wins out. As long as the authorities do not dare to complete the investigation, Ai Weiwei declares, each of the missing students is still alive, at least in the stories of their families. 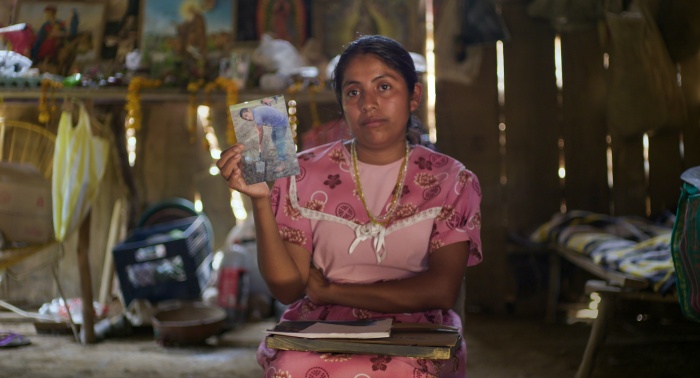 The Painter and the Thief from the DOCU/BEST programme achieves a similarly empathetic tone. The film’s protagonists are an Oslo-based artist, Barbora Kysilkova, and a thief named Karl-Bertil Nordland who stole her paintings. Instead of her sworn enemy, the boy himself becomes an object of art for Barbora when she asks for permission to paint a portrait of him. The result is that the film, by the Norwegian director Benjamin Ree, is a dichotomy of the observations and redemption that develop in this unobvious friendship. For several years, the filmmaker voyeuristically followed this union in which there are no obvious characters: Karl is too smart and talented to become a lost soul saved by an artist; Barbora is too puzzled not to be inspired by such destructiveness.

In his observation, the filmmaker goes much further: he shows the dynamics of the relationship between the artist and the criminal from both positions. In the thoughts of Barbora and Karl, which they share face-to-face with the audience, there is enough skepticism and mistrust, flexible and changeable. This makes their interdependent friendship a true object of hyperrealism in cinema, like the paintings by Kysilkova herself.

And while Ree refuses to play with characters and styles, the Chilean director Maite Alberti draws artistic material into the documentary, presenting her film The Mole Agent (DOCU/BEST) as a pure example of the spy genre. Fortunately, the stylisation does not defeat the meaning: her film focuses on 83-year-old Sergio who lives at a nursing home as an undercover agent. The man works for a private detective who has been tasked with exposing the truth about the conditions of care for the elderly at the institution.

Of course, the director flirts with spy tricks, using them for comedic effect: just look at the pen with a video camera, and listen to the audio comments by Sergio the spy. What seems like a touching attempt to enter the territory of the mystery film turns out to be a simple and, at the same time, skillful observation of a world hidden from prying eyes. This is a world of people living the last years of their lives: some in oblivion, and some, on the contrary, in vivid memories of the past. With the moral of this story, Alberti negates her own artistic stylisation, making his film deliberately tragicomic.

The creative approach of the Ross brothers in the film Bloody Nose, Empty Pockets (DOCU/BEST) resonates with this tone. The filmmakers contrast farce and hedonism with a real drama that sobers you up like bitter coffee. Their protagonists are the guests of the Las Vegas bar The Roaring Twenties, who have come to have a drink for the last time before their favorite establishment closes. The film is composed of a mosaic of conversations about everything and nothing at the same time. In these fragments of the truth of life, the directors build a portrait of a modern American, pretentious as this may sound – in part because it’s 2016, and the election of Donald Trump as the new President of the United States will soon be announced on the news.

However, there is another feature which the films by the Ross brothers and Alberti have in common: Bloody Nose, Empty Pockets is a hybrid film (in which a part of the story is documentary and part fiction) because, in fact, The Roaring Twenties is located in New Orleans, and the drunk people at the bar are local amateur theatre actors and musicians. However, exposing this hardly makes the film less honest. The dialogue acted out on screen is the result of a real drunk party, and the complaints and nostalgia are, in one way or another, related to the personal stories of everyone in the cast. Yes, it is a constructed reality, but what happened in it between 11 a.m. and 4 a.m. is more than real. So Bloody Nose, Empty Pockets is a bold experiment in directing that works well with the traditional documentary form, both before and after its exposure.

Watch the films of programme on docuspace.org until April 4.