DOCU/CLASS: "The school of disillusionment" 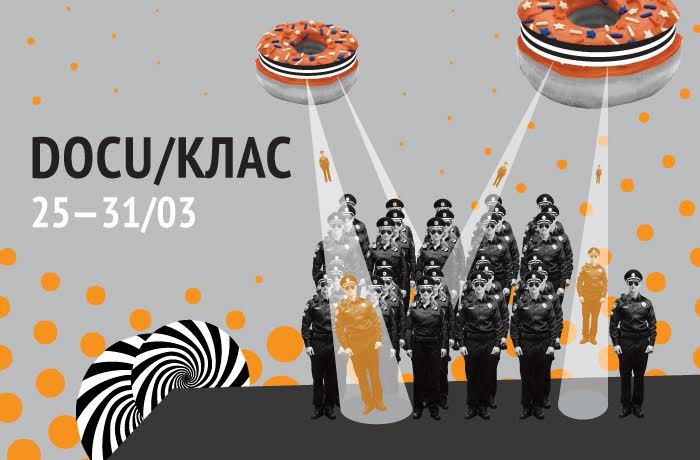 The real learning - the one that never ends - is a process of constant disillusionment. Or, in other words, of going through the illusions. It is only on the ruines of someone else’s ideals and desires that you painfully sloughed off like an old skin, the most valuable knowledge about your true self arises. This year’s documentary master class program DOCU/CLASS offers series of lectures that can potentially lead you through the disillusionment circle - from the sobering to new, more mature inspiration - believes Julia Serdyukova, DOCU/CLASS and photo exhibition coordinator.

We expect a lecture by Danish film director Jon Bang Carlsen “Reality Is a Question of Faith” to be the most explosive one. Do you still believe in the concept of “objective”, “fly on the wall”-style documentary? If you do, this lecture is for you. Are you convinced that the “reality” doesn’t exist, and this is an excuse for all kinds of manipulations with the heroes and image? Then, this lecture is definitely for you. The inventor and consistent adherent of radical ‘staged documentary’, Jon Bang Carlsen will speak about his unique approach to seeking reality by actively creating it at the point where genres intersect. His “not exactly a documentary” “It’s Now or Never” screening will take place the day before the lecture as a part of “High five from Denmark” program.

This is the first year in history of Docudays UA when one more intersectional phenomenon shows up: documentary theatre. Georg Genoux, the director and the curator of documentary, social and therapeutic theater, and Natalia Vorozhbyt, a playwright, will talk about documentary theater as the only way out of the artistic ghetto into real life. The play Mykolaivka by the Theater of the Internally Displaced will be shown on March 26 at 5 p.m. on the premises of Docu/CLASS workshop.

Viesturs Kairišs will show another form of work with genre intersection. Besides documentaries, he creates operas(!) and theatre performances; this experience reflects in his films wonderfully. The Latvian film director will explain, how music is capable of elevating a documentary to a level of Myth. “The Invisible City” by Viesturs Kairišs will be shown as a part of Docudays UA program dedicated to the 30th anniversary of Chornobyl.

One more statement that we suggest to question is American documentary being a realm of “talking heads”.Question-answer talk with Pamela Cohn, filmcritic and program coordinator for the True/False Film Fest is an attempt to find out, is there documentary beyond this format in the free continent. The talk will be moderated by Oksana Karpovych, Ukrainian and Canadian film director and program coordinator of Docudays UA.

A lecture by Dina Barvinova, Marina Razbezhkina’s student - “Teenage Doc: The Experience of a Voronezh School” - is more about that moment of a person’s life when illusions thrive. Dina will talk about activities of her students, aged 13 to 18, and where to start, if you want to make a documentary film.

To tune your spring into the unknown, we recommend you not to miss the first lecture of our program - “Danish Documentary: We Are Red, We Are White, We Are Danish Dynamite” by Tue Steen Muller, an experienced “tutor” of European documentary. The film expert will speak about evolution of Danish documentary: from Jørgen Leth, the teacher of Lars von Trier, to the young directors who make selfie-films. Regardless of the conversation, Tue Steen Muller always works as a tuning fork for documentary-loving hearts, helping them not to get lost in all those flickering variable dimensions, and to find their way home.

Besides lectures, this year’s DOCU/CLASS program is full of useful professional information. The six presentations will tell you about different cinematic initiatives: documentary workshop by Serhiy Bukovsky, IDFA industry possibilities, The Lviv Film Commission, Dokumentor international web-platform, “The Film Revision of Donbas” - new publication by The Oleksandr Dovzhenko National Center, and Docworks UA-UK - a new program for documentary projects at the development stage.

And finally, a cherry on top of this year’s DOCU/CLASS - Public Pitching of the Guardian Goes Ukraine Contest. Six projects, selected from among 97 applications, will compete for the financing and an opportunity to tell their story to the world.

In his program article “I want to shoot you” Jon Bang Carlsen cites John Wilder: “Reality is always being born. That’s why no one has held the baby yet”. So come and take a midwifery dicumentalist course.

Admission to all DOCU/CLASS events is free. A ticket is required for the “Mykolaivka” play.