DOCU/YOUNG: What makes us free? 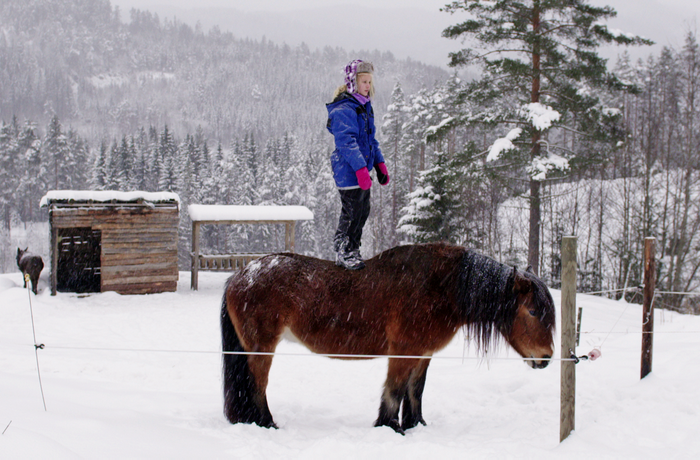 Last year’s experience with the documentary film program for children showed that age is not a crucial factor when it comes to feeling empathy for others, asking questions and learning something new about the world. What is crucial is that we have to trigger these processes as early as possible. This year this section of the festival has expanded and changed its name. Darya Bassel, the program coordinator of Docudays UA, is telling us about the new life of DOCU/YOUNG.

This year we have extended the target age for our audience, and to mark this change we have even invented a new name for the program: DOCU/YOUNG.

DOCU/YOUNG is a program of documentary films for teenagers, which includes a collection of short films and two features. For the viewers’ convenience, the movie catalog and the festival program include age ratings, assigned to each individual film.

The short cinema program includes four documentaries intended for children from 8 to 12 years. These movies offer exciting and inspirational stories. For example, there is a story of a cowboy (Crowley – Every Cowboy Needs His Horse), who is driven by one and only passionate ambition: to ride a wild horse.

Or there is another, about a girl who became the first dancer of a traditional Norwegian male folk dance called halling (Dancing for You). On her way to victory she learns to appreciate the process rather than the result.

And there is a unique story in which a young filmmaker depicts herself and her relationship with her parents (Touch). As the director and the main character at the same time, she explores the issues of family relationships from the perspective of a teenager.

The movie White Earth offers a child’s view on an outstanding and controversial economic phenomenon. While their parents spend their days on oil rigs, lost in the depths of snowy American deserts, the children observe and record the changes brought to the society by the oil fever.

I am Kuba and When the Earth Seems to Be Light are the movies we have prepared for our teenager audience. In addition to pressing social and economic phenomena, the films explore issues which every person encounters in their teens. What is freedom? How do I define it for myself? Where are the limits of my freedom? Am I restricted by the society I live in, and how should I react to that? What can I do to change the society, and how is the society changing me? This year we will try to reflect on these subjects together with our young viewers at the shows and during the following discussions.

Studied mechanical engineering. For the past ten years he has been promoting informal education related to inter-ethnic tolerance and human rights. Now he is working as a coach for youth projects in NGO “Space of Tolerance.” “First, I got involved in Docudays UA projects four years ago, in 2012, when apart from watching documentaries, I also organized guided tours for the festival visitors who wanted to see the exhibition “Together”, devoted to the history and culture of different ethnic groups in Ukraine. I believe that one of the most valuable opportunities that we have in the festival is to highlight real social problems and those people who crave to live and struggle for the freedom against all the odds and who are ready to resist the current system.”

On photo "Dancing for you" by Erlend E. Mo