DOCU/BEST and MASTERS: films of well-being and strong empathy 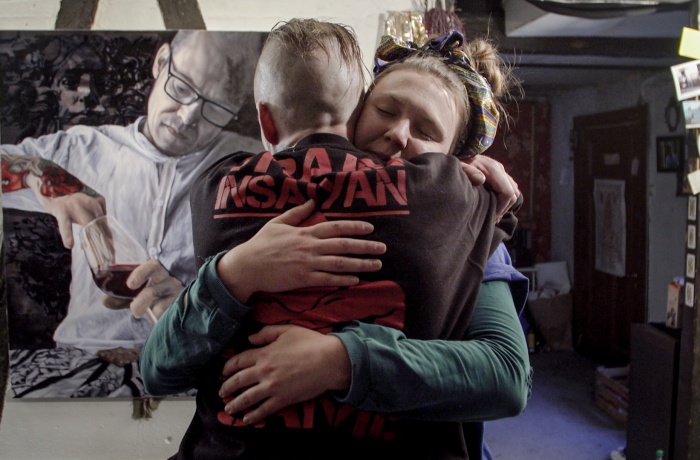 This year, in addition to the traditional Docudays UA programme DOCU/BEST we will turn to documentaries by prominent artists. They formed a new MASTERS festival programme at the 18th Docudays UA. Read about the dialogue between these two selections in the text by the festival programmer Alex Malyshenko.

The year of Covid-19 made a serious impact on the film industry, but the amazing thing is that we have got a lot of good films to watch this year. Despite the new formats, online and hybrid ones the world festivals managed to fill their lineups. The Ukrainian audience who will explore the DOCU/BEST and MASTERS sections will soon find out what films have been screened.

DOCU/BEST are bright, sometimes funny festival favourites that will bring you a sense of well-being. MASTERS are heavyweights, monumental canvases by recognized masters, that leave a strong aesthetic impression. These two programmes are not opposed but complement and support each other.

The Mole Agent by Maite Alberdi revises spy thrillers and noir through the game and adapts the common tools for emotional storytelling about ageing and loneliness. Together with the protagonist, an 83-year-old spy Sergio, we will solve crimes and carry out secret tasks that will reveal to us the tragicomic reality of a nursing home.

Bloody Nose, Empty Pockets by Bill Ross IV, Turner Ross successfully combines the ridiculous and the sad. The brothers embraced the aesthetics of New Hollywood, were inspired by Eugene O’Neill’s play The Iceman Cometh, and broke every rule with the professional habitues of a bar known as the Roaring 20s, which had to be closed the next day. Their camera carefully looks at the visitors, portraying the heroes with love.

An unusual community of truffle lovers is the object of the film The Truffle Hunters by Michael Dweck and Gregory Kershaw. They accumulate a number of strange and funny episodes from the lives of people who dream of finding, tasting, and selling delicious mushrooms. As a bonus, you can enjoy the incredible Italian landscapes where Luca Guadagnino (by the way, the executive producer of The Truffle Hunters) shot the film Call Me by Your Name.

The picturesque of The Truffle Hunters is briefly associated with the film The Painter and the Thief by Benjamin Ree. However, painting here is more of a setting, an entourage that overshadows the destructive desires of the individual, interdependent relationships (including in the creative dimension), and a number of other problems that psychotherapy can help solve nowadays. At the same time, the film unfolds an extremely touching line of friendship between the artist and the thief.

The films of the MASTERS section take up complex topics and try to answer difficult questions. Is there a norm in a world where there are no loved ones? Chinese artist Ai Weiwei tries to answer these questions in his film Vivos which presents the portraits of Mexican families whose children have been reported missing since 2014. The quiet, sad, and tender work, unlike the usual scope of the other artist's works, sensitively asks about pain and transforms the film into a ‘machine that generates empathy,’ according to film critic Roger Ebert.

Hubert Sauper in Epicentro shifts the focus from personal to public. In a poetic, slow manner, the director reflects on Cuba - the epicenter of numerous confrontations and the point of collision of tectonic plates of civilizations, a potential utopia island from Thomas More’s novel. To convey the spirit of Island of Freedom, Hubert turns to a free, kaleidoscopic structure, enriches it with archival footage, and listens carefully to local children.

The group portrait of Cuba is ranked high among other films from DOCU BEST and MASTERS programmes, which try to build shaky bridges between various ‘bubbles’. A step on one bridge means to accept others. A bold step in times of self-isolation, social distance, and global crisis.

You can watch films from the programmes in the online cinema DOCUSPACE. The Truffle Hunters online screening is cancelled.

Main photo: a still from The Painter and the Thief.

Stills from The Truffle Hunters, Vivos, The Mole Agent.