DOCU/SHORT: News from around the world 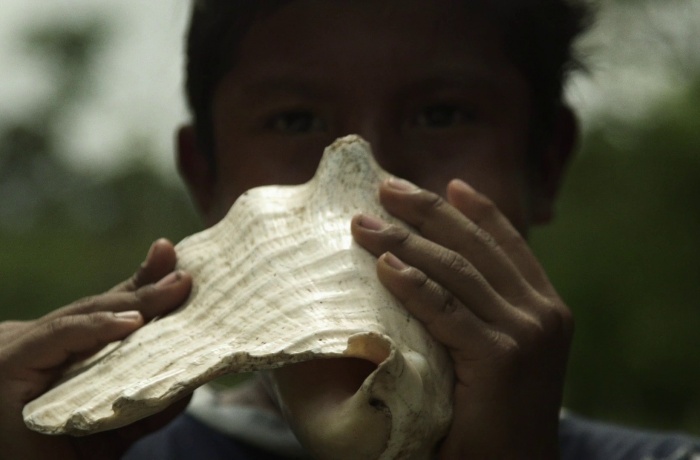 The 17 short documentaries which make up the DOCU/SHORT programme are like a multi-series adaptation of the front pages of world newspapers, where the news about the pandemic and its consequences are published in the largest font, while messages from international correspondents come in a smaller font, next to the interviews and personal stories.

This year’s festival ‘reaps’ the film community’s reaction on the first outcomes of the pandemic, most important of which are the illnesses and deaths of loved ones. I Think It’s Enough, Isn’t It? directed by Emily Shir Segal is a four-minute dedication to her father, an in-absentia conversation with somebody close. In voiceover, the author tells about the last days of her father’s life, while the screen shows archival footage from the life of a happy family.

57 Days by the debutants Mario Lumbreras and Laura Brasero looks more optimistic. The title of the film equals the time during which Julio Lumbreras, one of the first COVID-19 patients in Spain, struggles with the disease. The film consists of audio and photo messages made by Julio’s relatives while he was in hospital.

In contrast, the Brazilian film Abyss, directed by Patricia Fróes, is a cinematic version of the self-isolation which has been our permanent state over the past year. The camera’s gaze in this film slides through the balconies and windows of high-rise buildings, capturing people’s experiences of the epidemic. Nevertheless, audio recordings from the speeches of President Jair Bolsonaro, a far-right COVID dissident, add to the political context of the observation. The death counter in the country spins faster and faster, while Bolsonaro continues talking about ‘ordinary flu’.

Another attribute of the coronavirus era is courier delivery of food or goods. Certainly, platforms like Glovo or UberEats had appeared long before lockdowns, but right now, they are all the rage. However, behind the easy possibility of ordering food with a few clicks hides the work of thousands of people who have neither labour rights nor even the most basic means of protection. The dark side of gig platforms and their significance in the modern world is portrayed in the film Riders Not Heroes by two Italian video artists Davide Rapp and Ippolito Pestellini Laparelli.

Every year, Docudays UA screens films about the problems faced by migrants and refugees around the world. A striking example from this year’s programme is 3 Logical Exits, directed by Mahdi Fleifel. The film takes place in Lebanon, which has become home to half a million Palestinian refugees. They have repeatedly appealed to the authorities about the discrimination they face, as their status makes it difficult for them to find work. In the film, the protagonist’s story is commented on by a sociologist from Paris, who gives three forecasts, all of which are disappointing. The fate of the Palestinian refugees in Lebanon is also depicted in the film Son of the Streets by the Palestinian director Mohammed Almughanni, and in Revolykus by Victor Orozco, who uses animation to tell his own story about migration and its consequences.

In recent years, the genre of documentary video essays has been gaining popularity. This year’s short programme includes The Universe According to Dan Buckley by Roberto Santaguida, and The White Death of the Black Wizard by Rodrigo Ribeiro. The latter touches on a painful topic – the slave-owning past of Brazil, an experience that still affects the general situation in the country.

However, one way or another, the human being is always at the centre of each film in our programme. A strong protagonist is the key to a successful story. For example, Łukasz Konopa, the director of A Friendly Man, found perhaps the most interesting of the hundreds of Jerusalem’s tour guides. This man with a stick used to be one of the most notorious cocaine dealers in Israel. Before that, he had a difficult Jewish childhood in post-war Poland, and later on, opportunities to earn ‘easy money’ began to emerge, which led him to several prison terms. 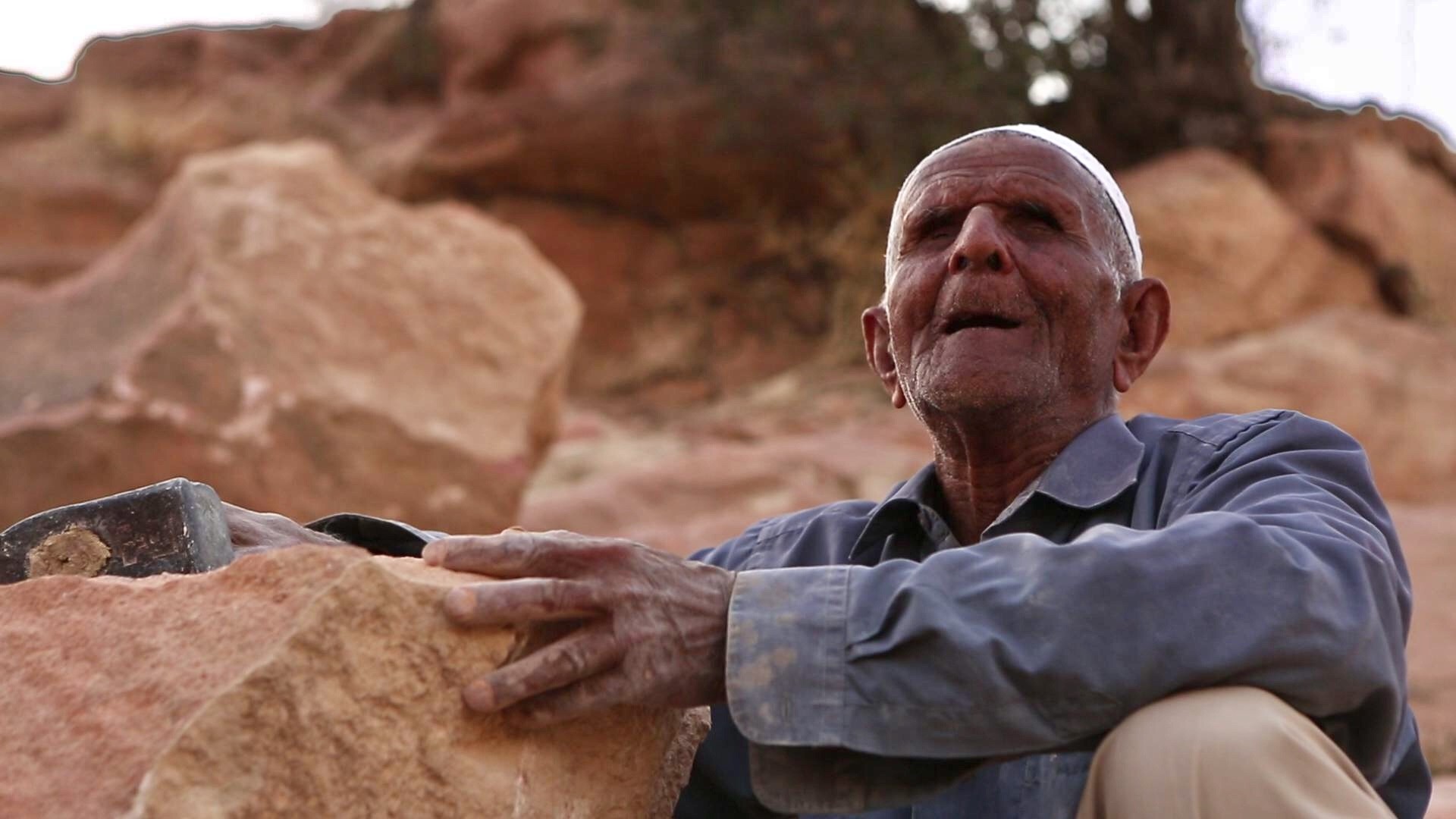 The character of Asak, by Iranian director Mahdi Zamanpour Kiasari has taken a completely different path. Asak sees nothing, but knows the world by touch and taste. In his eighties, he continues to make traditional stone handiworks that he sells to his fellow villagers. He cannot see money, but it is unlikely that anyone will deceive him. Everyone respects him. Under the scorching sun, Asak continues to work relentlessly. His only assistant is his daughter who helps her father with the job.

The Ukrainian audience might be especially interested in the two Ukrainian films in the competition. The first is Territory of Empty Windows, directed by Zoya Laktionova. The film begins with a chronicle of post-war Mariupol. This industrial city on the seashore had to be rebuilt from the ruins. The director’s parents still live in Mariupol: despite the danger, they did not leave the city, which was under fire in 2014-15. Laktionova’s camera discovers a new reality, where the smoke of industrial landscapes and her parents who are having a hard time during the war are all that remains from the old life. Words that used to sound like clichés from war movies – a ‘stretch’ or a ‘shard’ – now sound mundane, a fact which in itself is terrifying. The second Ukrainian film in the short movie programme, Following the Paths of Kyiv Beaches by Roman Prokopchuk, depicts the everyday life of Kyiv’s beach guards, featuring sunshine, water, and many situations, both happy and sad, with vacationers. 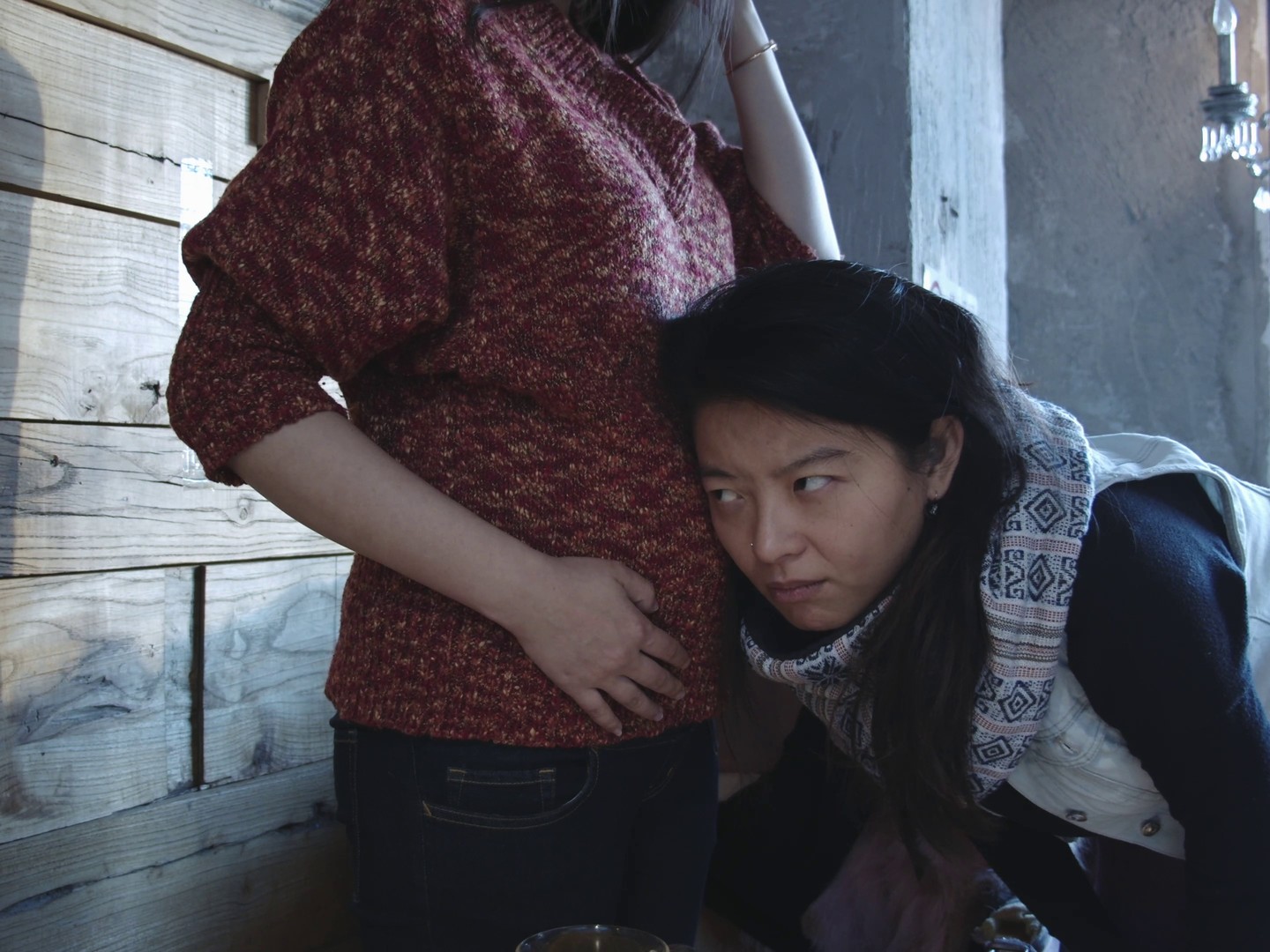 Another family film in our programme is I Don't Feel at Home Anywhere Anymore by Viv Li. Returning home is always difficult, especially if you have lived abroad for 10 years. The main character, who is also the film’s author, comes to her parents in Beijing, sleeps in her old bed, walks the familiar streets, but feels like a complete stranger here. She fights with her father over politics, frightens her grandmother with her skinniness, and quietly wonders about the beliefs of her old friends. This film is definitely true about many of us, who ‘ran away from home at the age of seventeen’ and still haven’t found a place where they belong.

This year’s Docudays UA short competition programme demonstrates that one of the advantages of the short form is efficiency –the quick response to a pandemic and the first attempts of reflexivity appear when the world is still in self-isolation. Even during the pandemic, cinema remains the most accessible way of travelling around the world.

Main photo: a still from Talamanca.

Stills from Son of the Streets, 57 Days, Territory of Empty Windows, A Friendly Man, Asak, I Don't Feel at Home Anywhere Anymore.